South Africa’s first Cap Classique ever made – the iconic Simonsig Kaapse Vonkel – celebrates its 50th anniversary this year. The milestone also marks the birth of the country’s Cap Classique category, which has become the ambassador for South African wine excellence at home and abroad. 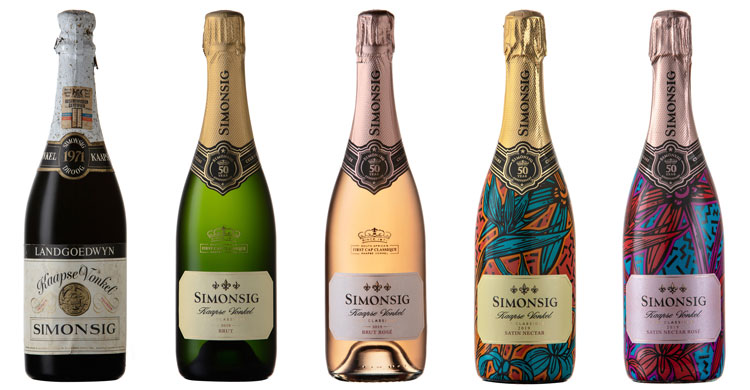 Kaapse Vonkel was conceived at Simonsig in 1971 from the passion and perseverance of Malan Family patriarch, Frans Malan. Since then, Simonsig and the Malans have proudly continued the pioneering tradition and developed Kaapse Vonkel to an international benchmark of quality and standard bearer for South African-made, bottle-fermented sparkling wine, better known as Cap Classique.

We’re exceptionally proud of seeing how that small, first start of Kaapse Vonkel by our patriarch Frans Malan, has grown to such an extent that some 200 wineries now make Cap Classique in South Africa. This is a wine that is regularly recognised by international wine authorities for the exceptional quality of the category as a whole.

He’d just started bottling Simonsig wines under his own label in 1968 when a visit to France piqued his interest in Champagne. Once home, he set to work and that first, locally made, bottle-fermented sparkling wine came in 1971.

As with any pioneering work, Frans’s journey was by no means easy considering that every step required sourcing appropriate equipment, some of it not available in South Africa. Many other challenges, including educating wine drinkers to the newcomer, were eventually overcome.

It had been Frans’s dream to see the wine excel overseas and he travelled continuously to achieve that goal. The floodgates opened in 1995 when the International Wine Challenge named Kaapse Vonkel “Queen of White Wine”. Many, other awards have subsequently followed.

The wine also spawned a range of Cap Classiques that, along with the full portfolio, continue to collect local and international accolades. Simonsig went on to be instrumental in creating a proud South African industry.

Today, Kaapse Vonkel is not only a blend of three different grape varieties, but also fruit from other regions such as Darling, Elgin and Firgrove, which are well-known for cool climate, and Robertson Chardonnay that grows in lime-rich soils.

Every different source brings something unique and adds building blocks for the final cuvée and that’s where greater complexity is derived.

We’d like to invite you to be part of the 50-year celebration on social media, by following @SimonsigWines and @CapClassique_SA, and using #Capclassique50, #SparklewithSimonsig or #PerfectedbyTime in posts.