Simonsig heads into harvest 2020 in conditions described as the best in the past five years. Although these are early days yet, since harvesting of Simonsig’s grapes began on 20 January, winemaker Michael Malan says even-ripening and healthy grape bunches are what he and the harvest teams are seeing at the moment. 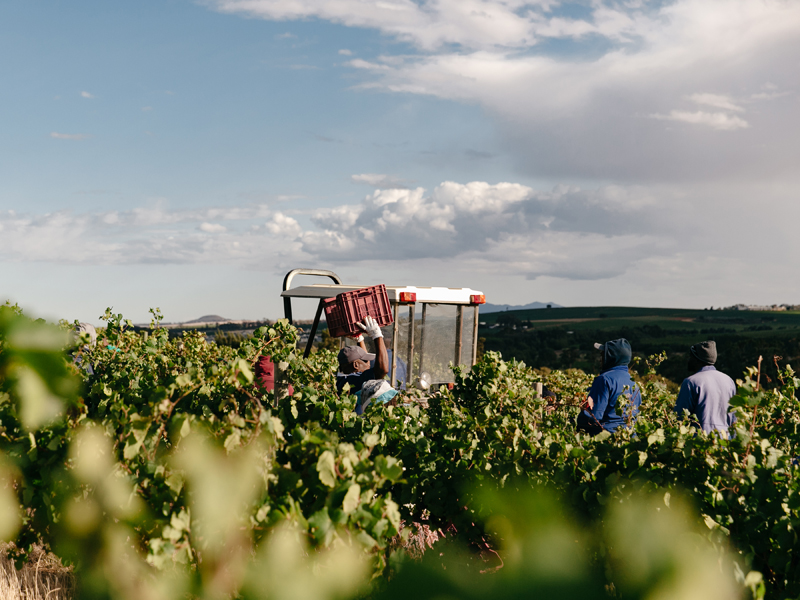 “As with most of the Stellenbosch region, Simonsig vineyards experienced a cold winter and a truly wonderful cool, mild growing season since the vines began flowering in September,” he says. “There were no sudden spikes in temperature during October and November, critical months for berry development, with the gorgeous temperate weather continuing. Showers in October contributed to better flowering and berry-set. The splash of rain at Christmas time was an added bonus, being just enough to provide refreshment to the ripening bunches and to cool and moisten the soils.” 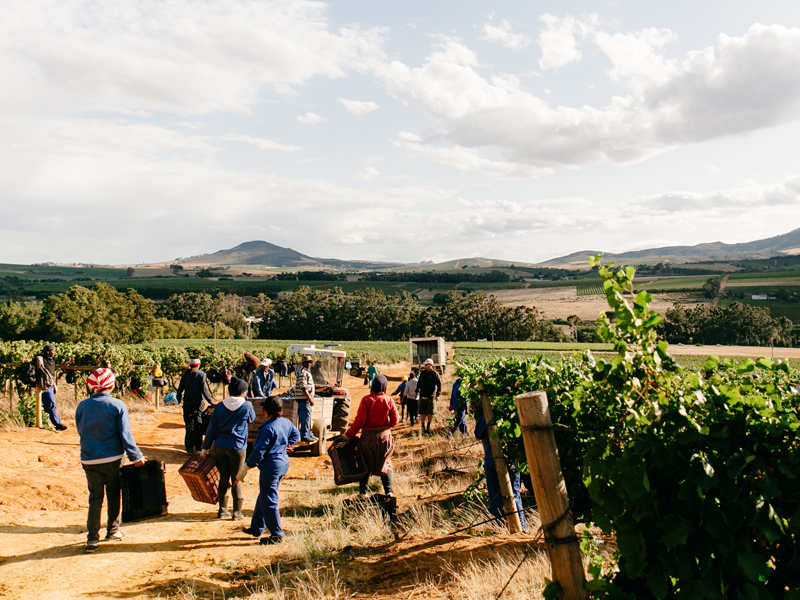 The week of 13 January saw hot temperatures in the winelands, with the mercury hitting the mid 30°C’s, but this lasted barely a week before the fierce south-easterly winds blasted through the winelands, cooling things down as well as bringing a few millimetres of moisture.

“Simonsig’s vineyards did not suffer any wind damage, and now the fierce South-Easter has been replaced with a cool, gentle breeze….here we are harvesting towards the end of January at it is 24°C with slight wind through the vines,” he says. 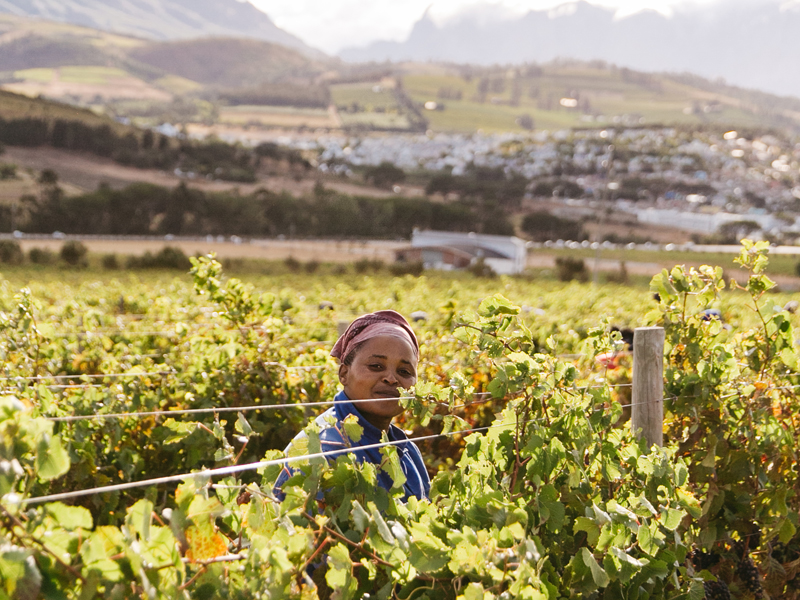 Due to the mild temperatures experienced during the growing season, picking dates are at this time on par with 2019. Pinot Noir and Chardonnay for Simonsig’s famed Cap Classique wines are currently being harvested, with picking of Sauvignon Blanc and Chardonnay for still wines to follow towards the end of January.

“The grapes are looking very healthy, evenly ripe with well-formed bunches,” says Malan, “but it is not just about the looks – fruit analysis and the young juice is showing low pH levels and firm, brisk acids, factors contributing to wines showing freshness in youth and structure in later life. Nature has given us fantastic fruit to work with, now it is up to the cellar teams to do the grapes justice by making fine wine.” 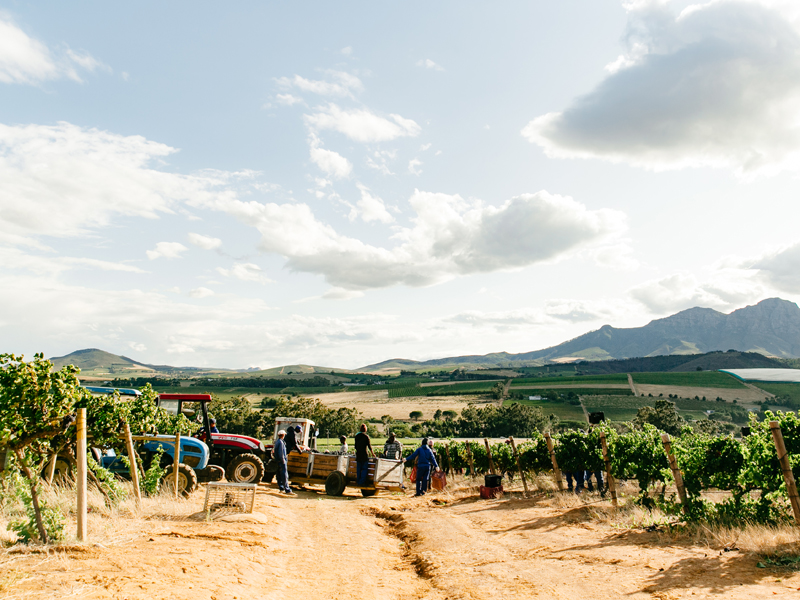 Yields, a very important factor for any winery, are looking better than last year’s vintage when the vines were still struggling to generate full, complete bunches as a result of the prolonged drought of the preceding five years.

“Simonsig had just over 530mm of rain in 2019, still below our average of 650mm, but far better than three years ago,” says Malan. “Gradually the soils’ deep moisture layers are being replenished, hence the return to the kind of yields we are used to. Certain varieties respond better than others. Growth of our Shiraz, for example, is surging and the bunch-sizes are formidable, despite them still having to ripen fully.” 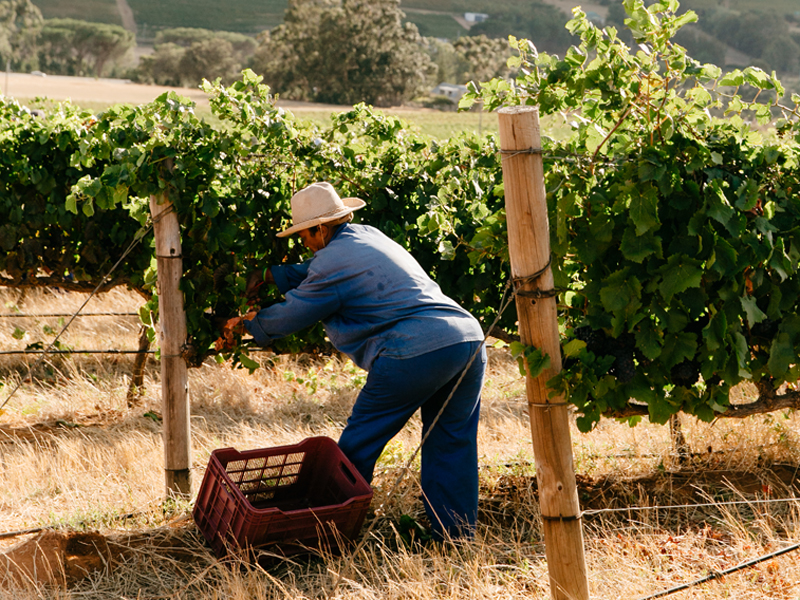 Malan, who despite his duties in the cellar still spends as much time in the vineyards, says the vineyards are in tremendous health, an aspect that undeniably has contributed to grape quality. 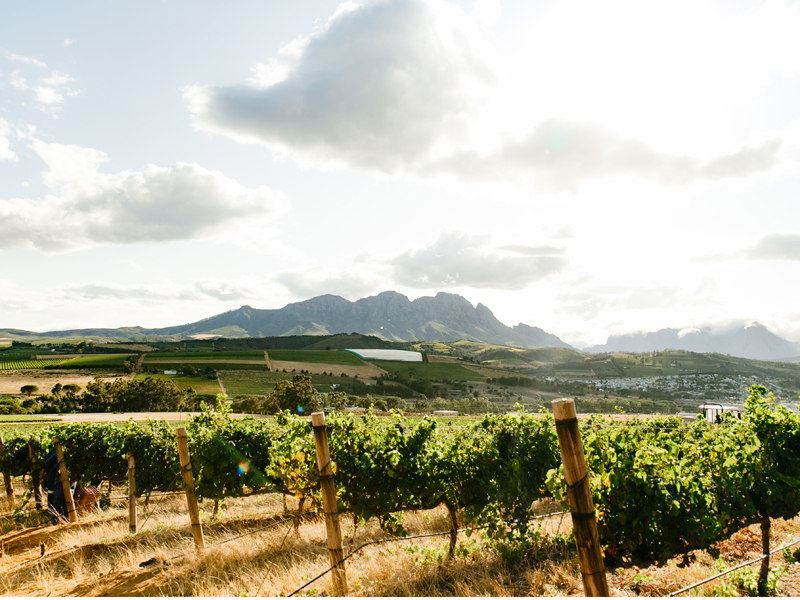 “We are farming with gentler approach, eradicating the need for pesticides and chemical fertilisers and waging war on anything that resembles leaf-roll virus,” he says. “It’s when you see the grapes ripen evenly and hear the results of the analyses that you are once again reminded that healthy, sustainably farmed vineyards is where good wine begins.”