For official information regarding COVID-19, visit the Department of Health's website www.sacoronavirus.co.za Dismiss

“This year Simonsig harvested over 2 600 tons of grapes, and this volume, in addition to the diverse range of wines we make, ensures a very busy winery,” says Charl who began working at Simonsig as assistant winemaker in December 2012. “Sometimes I’ve got 50 tanks all fermenting at the same time, bottling to do, dry goods such as corks and bottles to order and blends to taste with my colleagues Debbie Thompson, cellarmaster, and Michael Malan from the red wine side. This may present a very different picture of winemaking to those who see it as a romantic vocation. It is a great career, but the logistical challenges should not be overlooked. Fortunately I like planning and systems, so that side of the job suits me as well as working with the wines themselves.”

Charl grew up in Wellington with views of the vineyards and a father who enjoyed wine. “After matriculating at Huguenot High School I initially considered studying soil science and geology. I’ve always wanted to work outdoors. But then one evening, I can’t remember what brought it about, but I just decided then and there to rather enrol for a BSc in viticulture and oenology at the University of Stellenbosch,” he says.

There he discovered just how absolutely correct his decision was, being drawn into this field after graduating by continuing to study for his Masters in Oenology. After a harvest at Wellington Wines, close to home, Charl landed the position of assistant winemaker at Simonsig at the end of 2012.

“I was initially more involved with red wine than white, as well as with quality control,” says Charl. “I might have had a degree or two, but learnt so much from Johan (Malan) and Debbie who allowed me to grow to where I was ready to take over the white winemaking as well as Cap Classique.”

“Cap Classique production must be the most attentive winemaking process I have ever experienced,” says Charl. “From the decision of when to pick, right through to the fermentation, base winemaking, bottle-fermentation, riddling…there is so much going on. Once the wine is fermenting in the bottle you can’t just leave it for a year or, in the case of SimonsigCuvée Royale, 60 months. You constantly have to check the development of the wine, the pressure in the bottle…It is an amazing process and for me a real honour to be tasked with this.”

The other highlight in Charl’s career at Simonsig came in 2016 when Johan sent him to Pomerol in Bordeaux to do an internship at Vieux Chateau Certan and Le Pin. “Nothing inspires a winemaker more than a working stint in France, and especially Bordeaux,” says Charl. “The vineyard is everything there. Copious stages of sorting the grapes are done before they are allowed into the cellar, and there the winemakers make an effort of allowing the wines to make themselves. It is the heart of the wine culture, and I learnt a lot from it.”

Besides Cap Classique, Charl is extremely enthusiastic about the quality of Simonsig’s Chenin Blanc vineyards and wines. “The cool shale soils and the tradition of growing Chenin Blanc on the farm has ensured a formidable pedigree of quality Chenin Blanc wines,” he says. “From the riper and oaked Avec Chêne to the fresh, mineral unwooded Chenin, it is fantastic working with such diversity from one varietal. And knowing that it is popular in the market-place, well, that is the other rewarding thing about winemaking. That, and drinking a wine you have made with people special to you. I can’t think of anything better.” 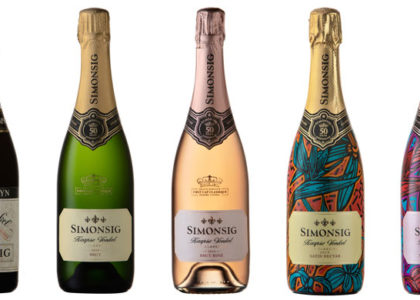 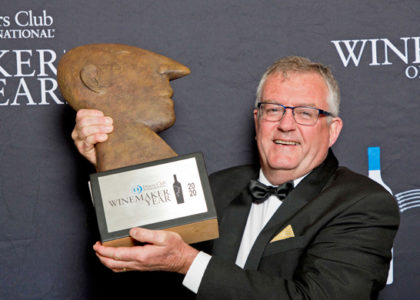 Entertaining in a hurry and don’t know what to cook? We’ve got you! Try this moreish…